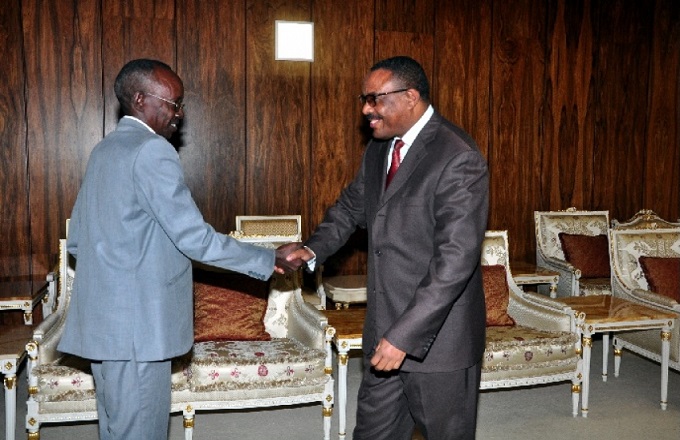 Addis Ababa July 26, 2017(GCDC) - Representatives of the 95 combatants of the so-called Benishangul People’s Liberation Movement (BPLM) who recently abandoned the group have expressed their strong desire to participate in the development activities underway in the country.

The representatives also said they will contribute their share to the successful completion of the Grand Ethiopian Renaissance Dam (GERD) and other similar projects in the regional state.

The seven representatives, including a BPLM political bureau member and a military leader, met today with Prime Minister Hailemariam Dessalegn.

Hailemariam appreciated their decision to return peacefully rather than trying to undermine the Constitution.

The Premier noted that there is conducive political environment for any opposition party to act peacefully.

He assured them that the government will rehabilitate them as per the agreements reached. (Source: ENA)