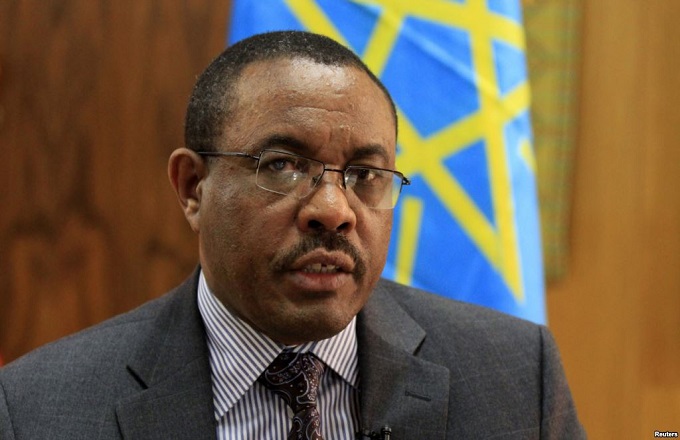 August 08, 2017(GMN) -  Ethiopia, a huge and beautiful country that straddles the Great Rift Valley just north of the equator in Africa, traces its history to biblical times.

Blessed with a long growing season and rich agricultural land, it is also a nation in political turmoil albeit also one that is a key U.S. ally and partner in the fight against terrorism throughout that turbulent region of the world.

Prime Minister Hailemariam Desalegn’s political coalition claimed all 547 seats in May 2015 parliamentary elections that critics charge were conducted in an atmosphere of government intimidation.

Little remains of democracy in Ethiopia, especially since the hardening (beginning in 2015) of enforcement of laws that repress political opposition, tighten control of civil society, suppress independent media, and control online activity.

Although robust economic growth has reduced the percentage of the population living in poverty, the government’s violent repression of demonstrations in the past 12 months by the large Oromo tribe has claimed hundreds of lives.

In response to domestic and international pressure, in 2016 the government established the Ethiopia Human Rights Commission to investigate abuses.

Regarding the police’s aggressive use of teargas at a festival that triggered a stampede that killed dozens, the head of the Commission, Addisu Gebre-Egziabher, said that the state actors were “negligent.”

Speaking at an event attended by Heritage Foundation analysts in July 2017 at the Ethiopian Embassy in Washington, Gebre-Egziabher promised that those in power using excessive force are “being held accountable.”

This is a step in the right direction, but only time will tell if it is truly effective.

The commission is still largely connected to and dependent upon the government for substantial action. Freedom House reports that the media remains severely restricted in the country and that some journalists are among the political prisoners held by the state in grueling conditions.

Ethiopia’s overall score in The Heritage Foundation’s annual Index of Economic Freedom has risen by more than three points during the past five years, but if human rights conditions deteriorate, continued progress could be jeopardized.

Hopefully, the Ethiopia Human Rights Commission will be empowered to hold corrupt leaders accountable and lay a foundation for greater respect for the rule of law in the country to foster greater economic growth.

It is imperative, though, that the commission be more than just a public relations exercise by the government.