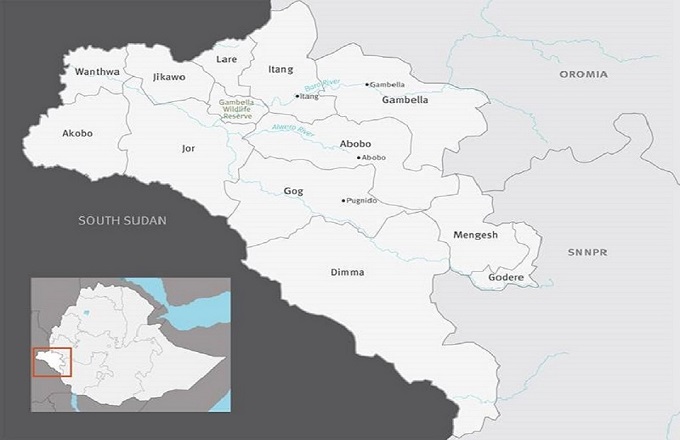 Addis Ababa, September 12, 2017(GCDC) - Ethiopian police have arrested 56 people in connection with this month's ethnic violence in the south-western regions of the country that left at least 30 people dead, the official news agency reported on Sunday.

The fighting was triggered by an ambush on December 13, after which gunmen killed several people near the town of Gambella.

The head of the Criminal Investigations Department, Lieutenant Teshome Kaba, said the arrests followed a tip-off from members of the public, the Ethiopian News Agency (ENA) reported.

Local authorities in Gambella told ENA that government offices, shops, banks and schools that closed following the clashes would reopen on Monday, saying government troops had restored calm to the area.

The violence forced the UN High Commissioner for Refugees (UNHCR) to withdraw its non-essential staff from the region.

Addis Ababa has often accused the EPLF, the governing party in neighboring Eritrea, of supporting and training militants of the OLF, an armed separatist group in southern Ethiopia.