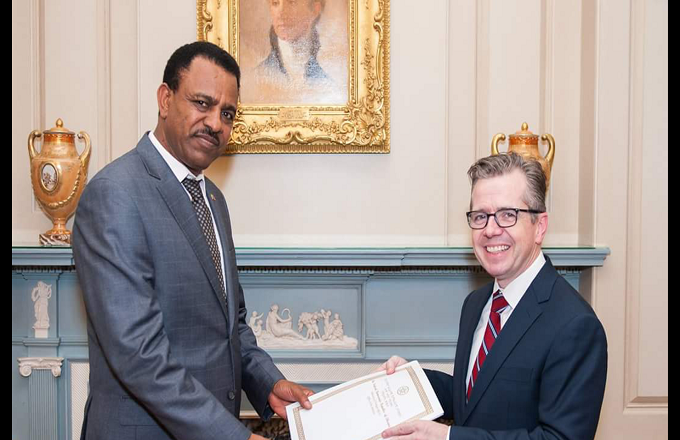 presented copies of his credentials on Monday, December 11, 2017, at the State Department.

H.E. Ambassador Kassa handed over copies of the credentials to Chief of Protocol Sean Lawler and received a chief of mission pin.

The Chief of Protocol and Senior Officials of the State Department welcomed Ambassador Kassa Tekleberhan and expressed their readiness to work with the Embassy.

On the other hand, the newly ambassador was introduced to staff members of the Embassy today in Washington DC. Source: Ethiopian Embassy Washington DC