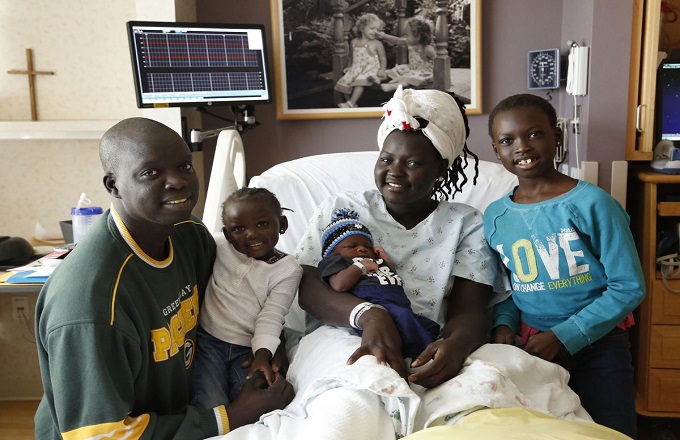 About 30 minutes later, the couple and their three children were on their way to Unity Point Health-Allen Hospital. Her due date was Jan. 4, but her bundle of joy came early. At 3:26 a.m. Monday she gave birth to their firstborn son and the Cedar Valley's first baby of 2018.

"It feels good, but I didn't think about it because I wasn't thinking about the date," Dak said.

The couple named their son Douth, his father's and grandfather's last name. Douth is the fourth child in his family. He has three older sisters: Nyabuay, 8, Buk, 7, and Tesfanesh-Alyssa, 2.

Dak was born and raised in Ethiopia and came to the United States with her husband in 2008. They lived in Omaha, Neb., for five years, and then spent three years in Wisconsin. A friend who worked in Allen's emergency room told her there was an opening for a lab technician at the Waterloo hospital.

Dak had just received her medical assistant degree from Bryant & Stratton College in Milwaukee, and the family relocated to Waterloo. She continues to attend school and worked at Allen until July. 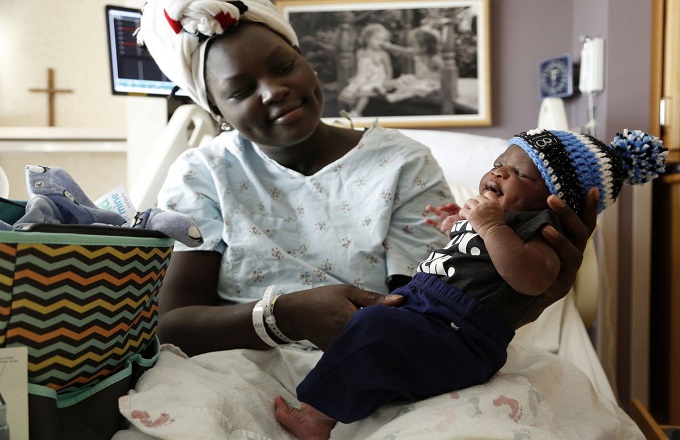 "We are trying really, really hard with my native language because I have my mother-in-law with us in the house," Dak said. "They (the kids) needed to learn in order for them to communicate well and for them to understand their grandma." 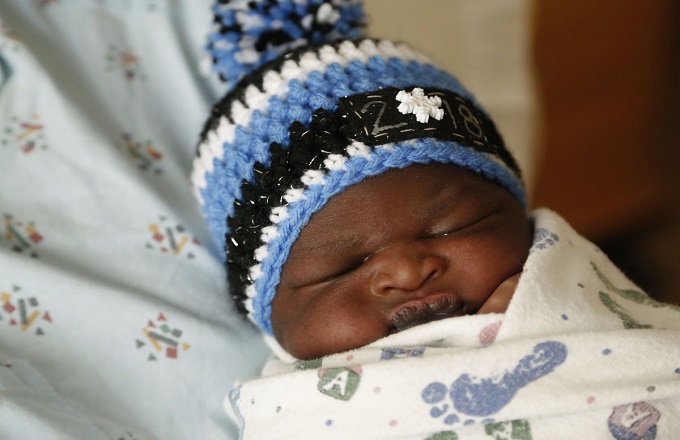 The children's names pay homage to Dak and Douth's ancestors and native language. In Nuer, Nyabuay means "sunshine"; Buk can translate to "grandma" and is a unique name in Ethiopia; Tesfanesh means "happiness" and the older sisters encouraged their mother to add a hyphenated "Alyssa."

The baby is healthy, and the family is looking forward to 2018. family welcomes first baby of 2018. Source: Kristin Guess Staff Writer at the Courier