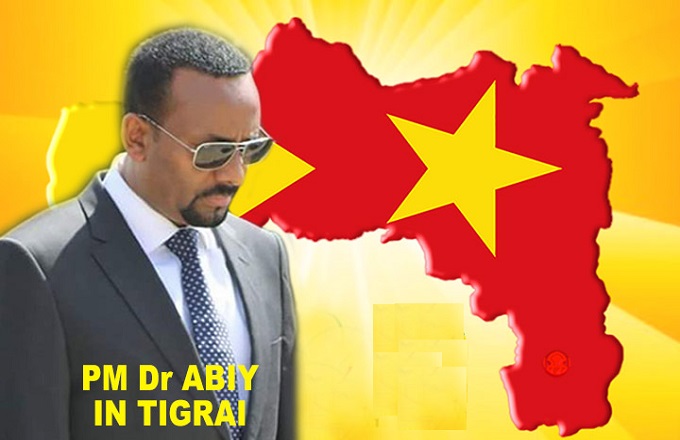 The Prime Minister arrived in Mekelle, Tigrai for an official working visit early this morning. He was received by the President of Tigrai state, Dr. Debertion Gebremichael and other government officials of the state. Many people of the city lined up the streets to welcome him. Dr. Abiy held talks with diverse members of the society residing in the city.

To the delight of the audience, the Prime Minister made his speech in Tigrigna which is the language of 98% of the population of the state. (Tigraionline)