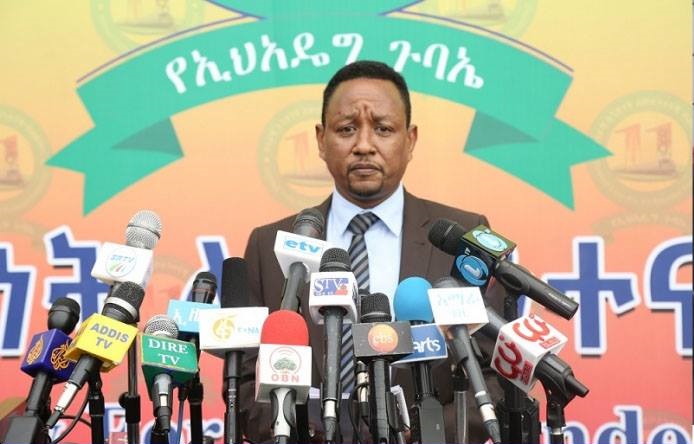 Hawassa, October 05, 2018 (GCDC) - Condemning the violence and mayhem in parts of the country, the ruling EPRDF party said it will no more tolerate anarchy under any circumstances.

The 11th Organizational Congress of EPRDF has in its second-day meeting discussed various agendas ranging from political and economic reforms to peace and stability.

Briefing journalists, Congress Spokesperson Fekadu Tesema said the ruling party will no longer tolerate violence and mob justice. It is determined to ensure law and order.

In its deliberations today, the Congress has also reviewed the achievements of the sweeping reform over the past six months and discussed ways of strengthening and institutionalizing the comprehensive reform, he pointed out.

Fekadu noted that the ongoing reform has helped to bring back the nation into normalcy, and relative stability has prevailed in almost all parts of the country.

According to the spokesperson, the Congress has emphasized on the task of building a democratic order, which is impossible without respect to the rule of law.

He stressed that the ruling party has, therefore, reaffirmed its strong stand in ensuring the rule of law thereby sustaining peace and stability across the nation.

The 11th Organizational Congress, which kicked off yesterday in Hawassa, will also deliberate on ways of further consolidating the reform to attain the ultimate goal of the party.

The Congress is expected to wrap up its meeting tomorrow, it was learned. Source: (ENA)