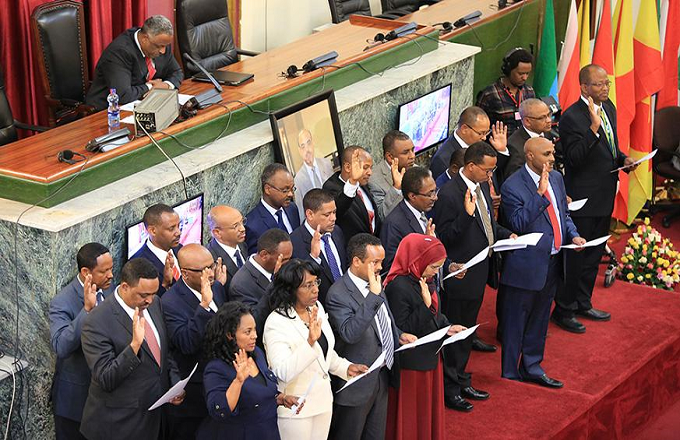 October 12, 2018 (GCDC) - Ethiopia, a country suffering internal security challenges, now has a new ministry a Ministry for Peace. An interesting development has given that the size of ministries has also been downsized.

Prime Minister Abiy Ahmed announced that government was going to function with only twenty ministries, down from the previous twenty-eight. No official reasons have so far been given.

A BBC journalist in the capital Addis Ababa reports that the despite its vague details an official document said the ministry will deal with matters relating to bringing peace and security to the county and also that it will strive for the rule of law.

The Council of Ministers in its morning session discussed, approved & sent to Parliament a draft law on the restructuring of the Executive Organs. The new Cabinet is downsized from 28 to 20, merged some portfolios & created new ones reflecting the government priority. #Ethiopia

PM Abiy since coming into office in April has led to massive changes across all strata of the country’s structure.

His impact has stretched from the political and democratic landscape, the economic and social through to the subregion where he is credited for offering and actualizing peace with Eritrea after decades of hostilities.

The area of internal security has been his biggest headache to date with the spread in inter-ethnic violence that has translated into massive displacements across the country.

Analysts and political watchers have increasingly held that violence and insecurity were potent threats to derailing the reforms that he has championed so far and been praised for across the country, the region, and the world.