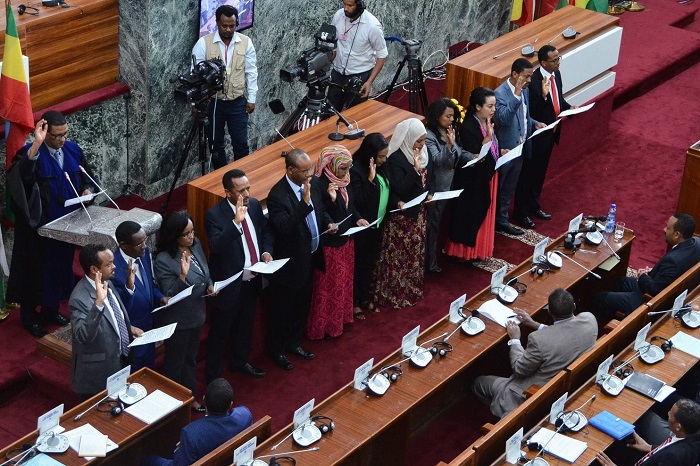 October 16, 2018 (GCDC) - Prime Minister Abiy Ahmed appoints ten females to his cabinet which is fifty percent of the newly formed cabinet. The Ethiopian prime minister also reduced the number of cabinet members from 28 to just 20 members

are two firsts in this new appointments, Prime Minister Abiy Ahmed Ali appointed Ms. Aisha Mohammed as the next Minister of Defense making Ms. Aisha Mohammed the first female and Muslim Defense Minister in Ethiopian history. The second first is Dr. Abiy divided the Ethiopian cabinet half and a half between men women members which is delighting to the news.

Prime Minister Abiy also consolidated many of the previous ministries into the remaining 20 eliminating many repetitive once. He also created a new minister of peace which would be led by former house speaker Ms. Muferiat Kamil.