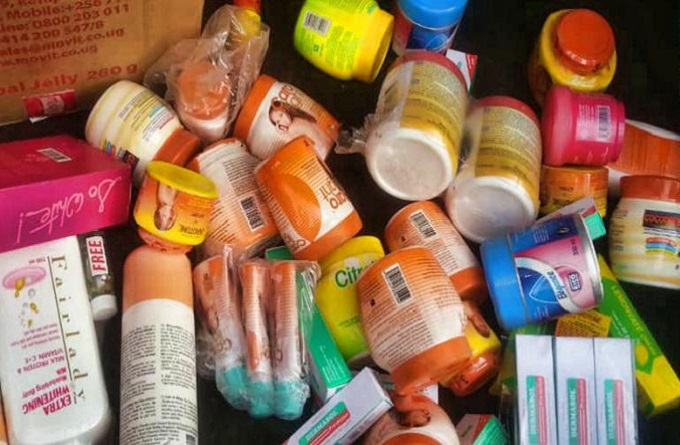 January 10, 2019 (GCDC) - The Rwandan government is sending officials across the country to enforce its ban on skin lightening and bleaching products.

The East African country is leading a campaign against skin bleaching and substandard cosmetics, particularly products that include hydroquinone, a spokesman from the Rwanda Standards Board.

"It is been implemented by the Ministry of Health and the Rwanda Food and Drug Authority and the Rwanda Standards Board," said Simeon Kwizera, the public relations, and communications officer for the board.

President Paul Kagame sparked discussions on the need to ban the sale of skin "whiteners" on social media in November.

In response to a post from a woman calling for the government to crack down on skin bleaching, Kagame said on Twitter that bleaching creams are unhealthy, and he called on the country's ministry of health and police to rein "this in very quickly."

Government officials and police are now patrolling markets in the capital, Kigali, and in provinces across the central African nation, seizing skin-lightening and bleaching products from vendors.

Last month, the country's Standards Board warned the public about the alternative names for hydroquinone, one of the prohibited ingredients in ordinary commercial cosmetics.

"All the ingredients that can help in body bleaching, skin bleaching, are banned," a government spokesperson

"We are now putting much effort, like educating people, going around and seizing those illegal products," Francois Uwinkindi, director of the cancer unit at the Ministry of Health, told Reuters news agency.

Rwandan police said they seized more than 5,000 banned bleaching products -- including lotions, oils, soaps, and sprays -- from beauty shops across the country last month, according to local media, New Times.

Skin whitening creams are sold in many African countries without restriction, despite increasing push-back from the public and governments on the continent.

Skin-lightening products contain chemicals such as mercury and hydroquinone, which can cause liver damage, reduce resistance to bacterial and fungal infections, and increase anxiety, depression, and psychosis, according to the World Health Organization.

The global market for skin-lighteners is projected to reach $31.2 billion by 2024, up from $17.9 billion in 2017, especially in Asia, the Middle East, and Africa, according to Global Industry Analysts.

Around 25% of women in Mali, 77% of women in Nigeria, and 59% in Togo regularly use skin-lightening products, according to a 2011 report by the World Health Organization.