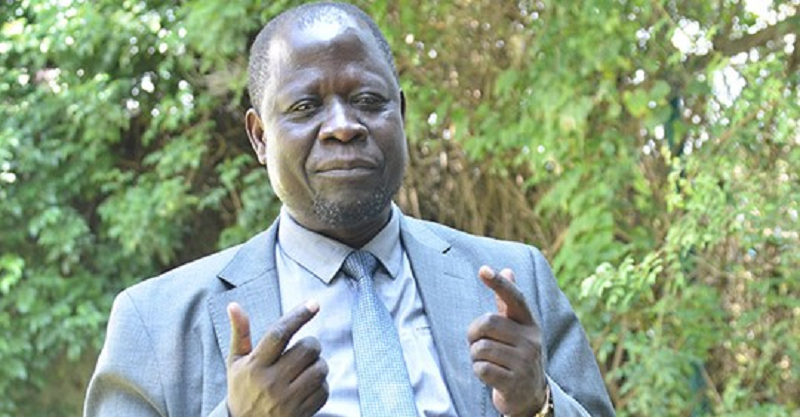 October 30, 2019 (GCDC) - Okello Akway Ochalla was the former president of Gambella. He spent nine months in the regional presidency, eight years in exile, and four years in prison. For the first time in FDRE, he is a member of the leadership of the Gambella Peoples Democratic Congress (GPDC), who has become a regional president.

Okello was born on March 03, 1954, in the village of Depa, near Lake Tata, in Gambella. He has a total of nine siblings through his dad.

In 1963, when he was old enough for school, he started in elementary school in grade 6, a school opened by American missionary, 7th grade in the city of Abobo, and then in 1970, after going to high school in Dembi Dolo, despite dropping out for one year due to sickness in the middle of school, he completed it in 1975 with good grades and honors.

He passed the entrance exam in Nursing, he was recruited and then admitted into the Nekemte American Nursing missionary School in 1978, and graduated with a diploma. He was the second nurse in Gambella history.

In 1990 he graduated with a Bachelor's degree in Public Health from Jimma University.

After completing his undergraduate degree in public health education, he suddenly dropped out of medical school before he completed his second degree and became Gambella Regional president.

For more information please, click here to read the full article in Amharic