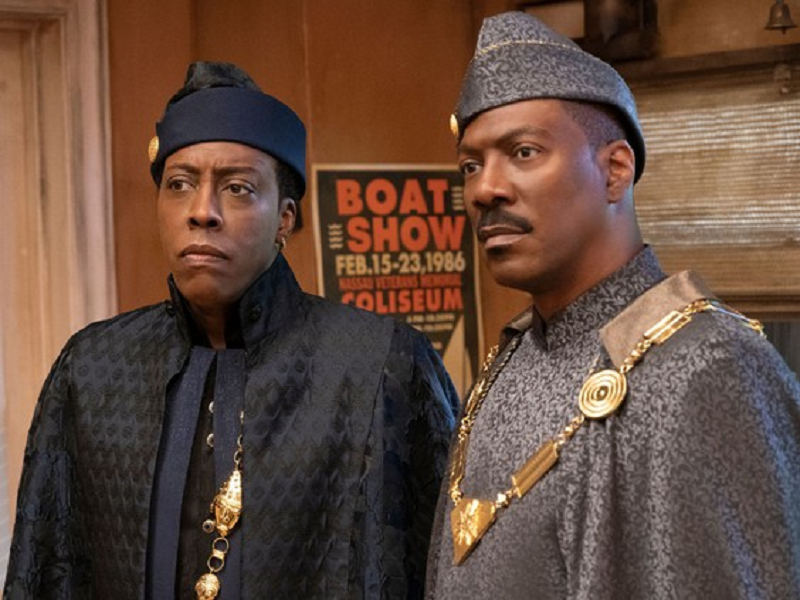 This is a sequel that we might never have asked for, but one we certainly needed. The film sees Eddie Murphy back in the role of Prince Akeem of Zamunda. On his 30th wedding anniversary to wife Lisa (played by the incredible Shari Headley), Akeem learns of a ‘bastard son’ he never knew he had. The prince must return to America (again) to meet his unexpected heir to the throne and create a bond with him for the sake of Zamunda’s future.

A lot can change in cinema after 30 years and you can definitely see that here. With technology being at its peak and the film probably having a slightly better budget than its predecessor, the film is more vibrant and bolder than ever before. It’s like driving a shiny new car after 30 years in an old banger, fresh, exciting, and modern. Then add a confetti cannon into the mix. Everything has been thrown into the making of this film, the music, the dancing, the celebrity guest appearances, and even the outlandish yet exquisite costumes and outfits that the cast wear. Just wow compliments to the wardrobe department on that one! 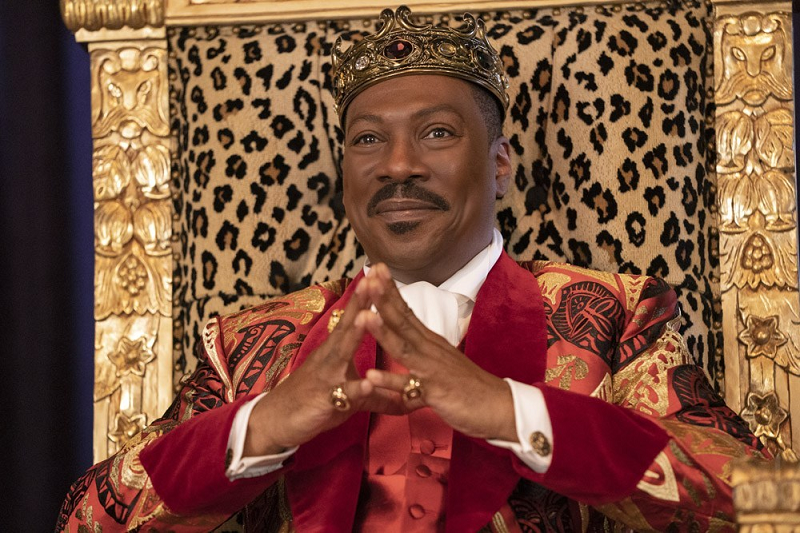 The cast is brilliant albeit too many to name, but kudos to some of the returning heroes like Semmi and King Jaffe Joffer (played by the fabulous Arsenio Hall and James Earl Jones respectively). However new additions like Lavelle Junson (played by Jermaine Fowler), Meeka (played by Kiki Layne), and General Izzi (played by the incredible Wesley Snipes) are huge standouts as their individual characters give us a little something to be excited for, something different and new.

I didn’t know what to expect from the sequel but I knew I would laugh (that’s one thing I couldn’t stop doing). The majority of every scene was filled with witty banter and hilarious lines that are borderline offensive, but it worked. At a time like this, when everyone is stuck at home, missing their loved ones or going through the trauma of the past year a film like this, that makes your abs hurt from all the laughing, is something that should be applauded. Director Craig Brewer has created something magical in this film that not a lot of films can celebrate; the essence of a proper feel-good film. And although it might be trying a bit hard, we, as an audience don’t really care about that part.

The film is dramatic and sometimes overplayed here and there but it’s a fun celebration of life. The film might be a little cliché and predictable at times, and while it might not necessarily be Oscar-worthy, it’s certainly great entertainment and very colorful. It a film everyone needs to see right now.