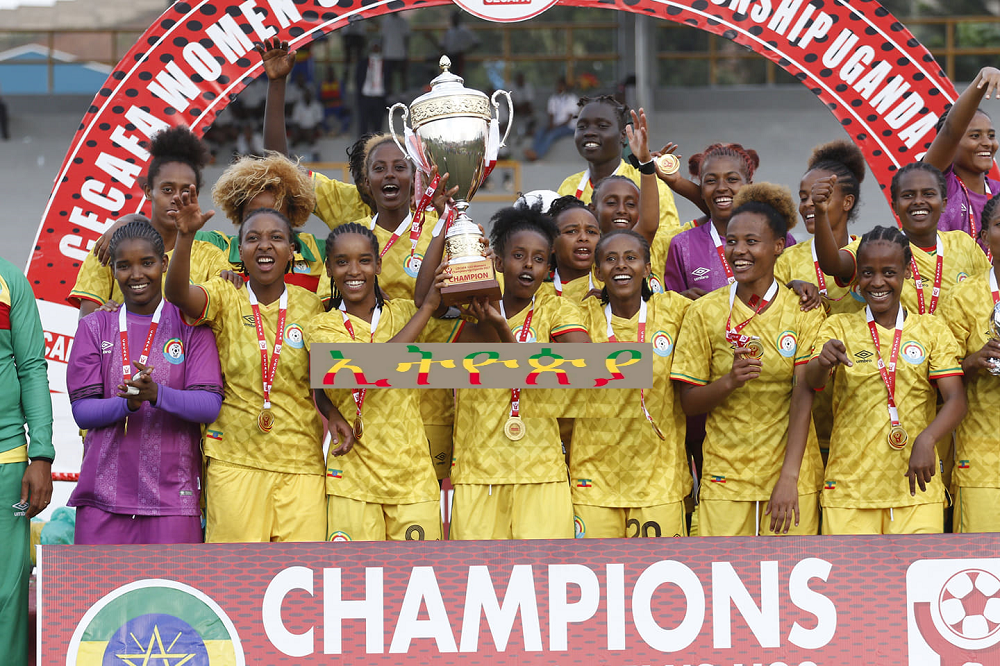 Although the Ethiopian side was reduced to 10 players after goalkeeper Lorato Eyerusalem was sent off in the 6th minute, they fought back strongly to win the last-round match in the central Ugandan district of Buikwe.

Hadijah Nandago gave Uganda a 1-0 lead after 26 minutes before skipper Fauzia Najjemba made it 2-0 on 40 minutes when substitute goalkeeper Demelash Banchayehu failed to hold the ball.

After the break, Ethiopia's Ridet Assrasahang pulled one back on 50 minutes. Substitute Ariet Odong made it 2-2 after the 78th minutes before the referee sent off Ethiopia's coach Firew Hailegebral. But the Ethiopian team did not give up and scored the winning goal through Turist Lema on 82 minutes.

The win saw Ethiopia finish with 15 points, while Uganda came second with 12 points, and Tanzania, who beat Djibouti 8-0 in an earlier match, finished third.

"This has been a very tough game, and I thank my team for remaining strong-headed even after we got an early red card," a happy Ethiopian coach Hailegebral told News Media

Uganda's head coach Ayub Kiyingi said his team had relaxed after taking a 2-0 goal lead. "We did not play well today, and we were punished for poor defending," added Kiyingi.

Burundi who defeated Eritrea 2-1 in the first match finished fourth in the tournament with 6 points.

Auka Gecheo, the Executive Director of CECAFA said the teams had exhibited good football. "We are happy as CECAFA that this tournament has helped our four teams that have qualified for the next round of the FIFA U-20 Women World Cup qualifiers to prepare better," added Gecheo. Source: Etho Sport News