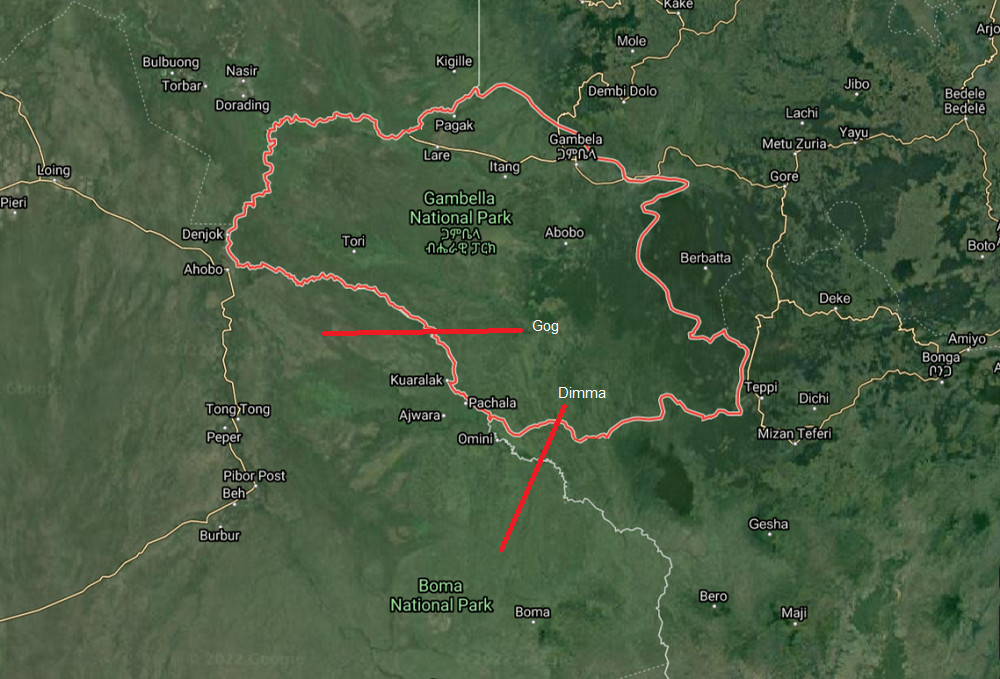 February 12, 2022 (GCDC) - Armed men from the Murle community in South Sudan have crossed the border and attacked Dimma refugee camp and Gog woreda in the Gambella Region, killing one person and injuring two others.

Three children were also abducted during the cross-border raid. The Head of the Region’s Press Secretariat, Ogetu Ading, said the armed men have been attacking the region from time to time as its border with South Sudan is wide and open.

According to the secretariat, the Murle armed men crossed the border on February 09 and abducted three children from a refugee camp in Dimma woreda, injuring two people. He added that said that one person was killed through an attack opened on a motorcycle traveling from Pinyudo town to Tedo Kebele in Gog woreda. Meanwhile, he further indicated that a driver and his assistant were killed in a recent attack by unidentified assailants on a truck traveling from Gambella city to the Nuer zone.

Ogetu pledged intensive work was being carried out by the regional special forces and militias to go after the assailants and to take the necessary action and thereby called on the public to cooperate with the security forces. He said the region is currently using its special forces and militias to maintain peace and security in the affected areas and urged the community to remain vigilant as Murle militants could sneak in different places. (GMN)