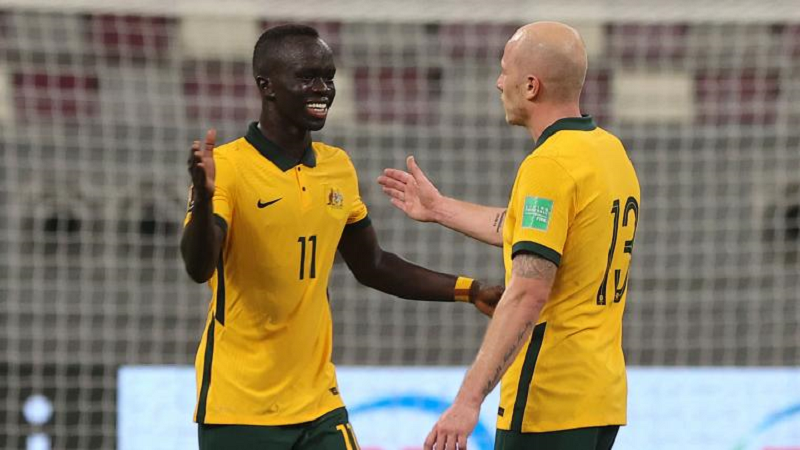 June 17, 2022 (GSN) - Awer Mabil said his crucial sudden-death penalty for Australia against Peru was a thank you to the country that took his family in as he reflected on his journey from refugee camp to the World Cup.

Mabil sank to the ground in disbelief and later told Australian reporters it was his destiny to score. "I knew I was going to score. It was the only way to say thank you to Australia on behalf of my family," the winger said. 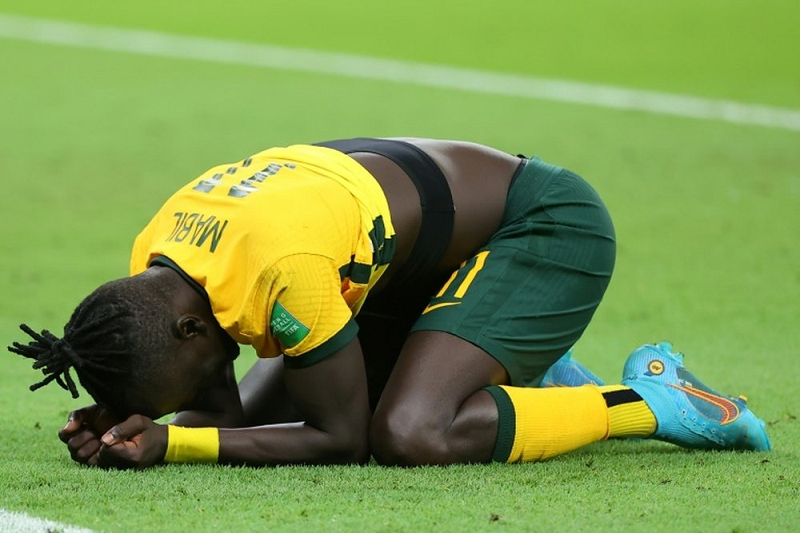 Mabil was born in a refugee camp in Kenya after his parents fled conflict in S. Sudan, surviving on one meal a day as a child and kicking a ball around to pass the time. After being resettled in Australia in 2006, he developed his football enough to join Adelaide United as a teenager and then moved to Denmark's FC Midtjylland. He is currently on loan to the Turkish club Kasimpasa.

"I was born in a hut, a little hut. My hotel room here is definitely bigger than the hut, the room we had as a family in that refugee camp," he said. "For Australia to take us in and resettle us, it gave me and my siblings and my whole family a chance at life. That's what I mean by thanking Australia for that chance of life, that chance of opportunity they allowed my family."

Mabil has been a regular for the Socceroos under coach Graham Arnold and he said he hoped what he had achieved would inspire other refugees. "I scored, a lot of my teammates scored, everybody played a part and maybe that refugee kid played a big part," he said.

Mabil's brother Awer Bul told the Adelaide Advertiser newspaper his family was overwhelmed with excitement. "To be a boy who was born in a refugee camp, it was quite a moving moment for our community," he said. "Just to see him walk out there for the Australian team gives us a good feeling." (GSN)