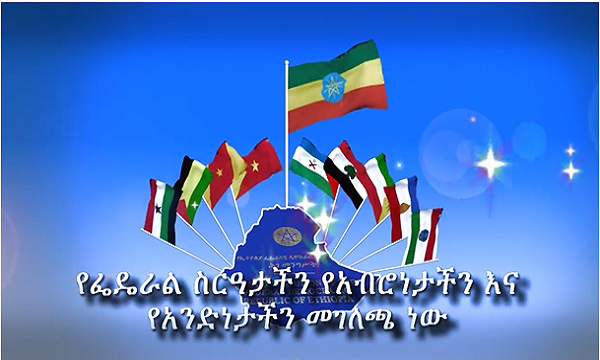 December 01, 2016 (GCDC) - It has been eleven years since our country started to celebrate nations, nationalities and people’s day. The colorful annual event held on every December 9 has moved across regions and is scheduled to be held in Harari regional state this year.

Considering the national holiday has drawn increased attention and popularity over the years, this year’s Harari edition is waited upon with excitement.

Drawing numerous people from all parts of the country together in a setting that encourages them to share their cultural values with others is always going to result in some memorable and colorful moments. As people who have been to these celebrations often testify, the events are generally filled with unforgettable moments. They also remind everyone of the social benefits the federal constitution has bestowed upon the people of Ethiopia.

The chance to mingle with people from other ethnic and cultural backgrounds also presents a spacious room for learning something new and appreciating our country Ethiopia even more. Despite our diversity, most of us get the chance to share our ideas with people from a limited spectrum of ethnic and cultural backgrounds. That forces us to think of others through their social stereotypes. However, a chance to meet with an actual member of an ethnic group could give us first hand information on the values and culture of the group.

Harar is going to be the setting for such cultural exchange this year and Ethiopians know the people of Harar to be outgoing and very hospitable. That sense of hospitality and sharing is expected to make this year’s ceremony more special. So, let’s take a closer look at the things that make Harar special without necessarily repeating the points regularly raised; such as the hyena feeding man and the names of the Jugel doors.

Harar embraced Islam eight years earlier than Medina of Saudi Arabia. The religion is believed to be brought by Arab traders that crossed the Red Sea via the ancient port of Zeyla. Considering the proximity of Mecca and Medina, for Islam to be adopted by Harar earlier than the latter clearly shows the close economic and cultural ties Harar had with Mecca and the rest of the Arabian countries. In fact, Harar was a centre of commerce and Islamic education for the entire east African region. Aw Sofi, the most notable Islamic scholar (Awliyaa) in spreading Islamic education in and around Harar, set up the first Qur’anic school. The curriculum and methods of teaching he created are still at large in some of today’s Qur’anic schools as well. The scholars from such schools have also been able to produce handwritten books and there are some historical claims that one had to be a Muslim and speak Arabic to step foot in the city. All the Islamic history of the city has earned it the title the fourth Islamic holiest city of the world next to Mecca, Medina and Jerusalem.

Another important point that somehow has not been covered as extensively in written documents about Harar is its wonderful inhabitants. The people of Harar are known for their hospitality – strictly not a cliché as you will shortly find out on your arrival. They have a reputation for having a laid back life style with a strong sense of sharing and will to help others. Harar is a place where you start conversation with a stranger and end up in their friend’s house for an afternoon session of chewing qhat. For anyone who intends to have a good time with the people besides touring the historical icons of the city, participating in such a social gathering is so easy to come by. The qhat ceremony would be very informative of the values, norms, mind setup and other cultural elements of the people besides giving one the chance to check out the food and house settings.

Harar is also renowned for its coffee. The trip down to the historic city will give visitors a chance to have the real Harar coffee that otherwise would only be poured in small amounts as a condiment in foreign coffee shops. Those who like raw meat would also have a treat as Harar is home to the best beef in the country.

The hyena feeding guy is one of the most frequently raised issues when talking about Harar, though the less known porridge feeding of hyenas during Ashura (a holiday) is also equally interesting. During Ashura villagers prepare bawls of porridge and present it to the hyenas that act very disciplined and let a white hyena, believed to be a leader, test it first before they would join in. Depending on how the ceremony goes down, a forecast of the coming season is made.

Although it has been frequently stated, I feel like a discussion on Harar would not mean that much without a few words about its identifying point - the Jugel wall that surrounds it. I have thus decided to wrap up with a few words about the wall and the museums in the city. The wall was constructed by the 42nd Amir of the 72 that ruled Harar, Amir Nur, between 1559 and 1567. After the completion of the wall Harar became a free and self-governing city for three generations.

The presence of four museums makes Harar a city with the second highest number of museums in Ethiopia next to Addis Ababa. The four museums are: the Harar museum, the Harari Cultural museum, the Arthur Rimbaud museum and the Abdullahi Ali private museum. Each of the museums has its own unique features; for instance, the Harar museum reflects the Ethiopian nationalities while the Harari Cultural museum deals with Harari culture in particular. The Arthur Rimbaud museum, on the other hand, serves as a centre of research documentation and photographic exhibition of Harar; while the only private museum in East Africa, the Abdullahi Ali museum is known for its Harari songs, archeological, historical and anthropological items.

The nations, nationalities and people’s day is just days away. Hope you go down there and enjoy the celebrations with your fellow Ethiopians. Memories lasting a life time are guaranteed.