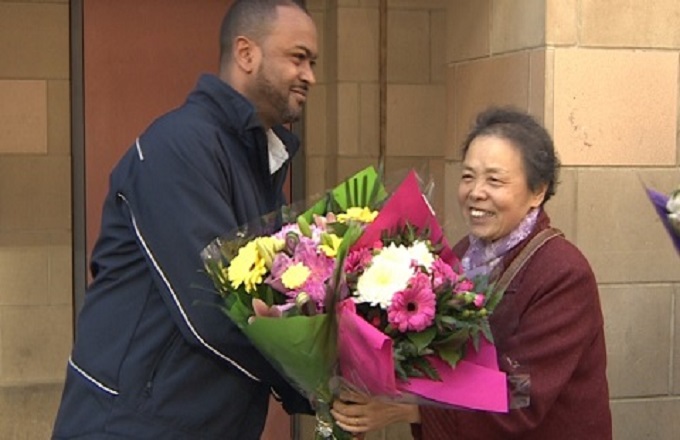 Calgary, Canada, March 29, 2017 (GCDC)- A Calgary woman was stunned by the honesty of a C-Train driver who found and helped return her lost purse containing $1,300 in cash.

“It’s unbelievable, to believe that my handbag is back. I’m very happy, excited,” said Li Feng Yang, speaking through her grandson who was translating.

The money was a gift for Yang’s 75th birthday, and she mistakenly left it on the C-Train while on the way to a doctor.

Train operator Mesfin Tadese was in the midst of a routine walk-through at the end of the line at 69th Street station when he spotted the handbag and turned it into Calgary Transit’s lost property department.

“That’s part of my job, and it’s just the way I was brought up. I’m happy to get it back for the rightful owner,” he said.