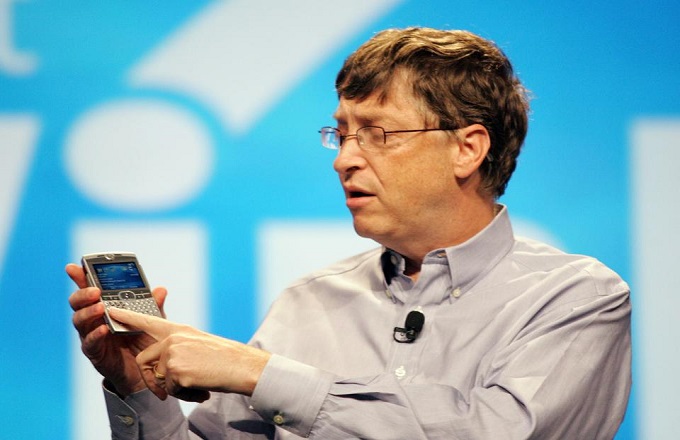 The richest person in the world made his debut on the photo-sharing platform on Friday morning under the username “thisisbillgates” (“billgates” was already taken). His first Instagram post is a slideshow of three photos from Tanzania.

This comes just three weeks after another tech billionaire made his Instagram entrance – Amazon founder and CEO Jeff Bezos. For a brief morning on July 27, Bezos usurped Gates’ reign as the richest person in the world on the FORBES’ Real Time Billionaires List. Gates has taken the No. 1 spot on the FORBES annual Billionaires List for 19 or the past 23 years.

While Bezos’ first post included drone aerial footage to promote his rocket factory, Gates has taken a more subdued tone for his debut by sharing his optimism for progress in the developing world.

Hello from Tanzania, Instagram! I just had a great lunch with some amazing kids at Kicheba Primary School in Muheza and met Upendo Mwingira, a remarkable physician who has dedicated her career to fighting neglected tropical diseases. Melinda and I have been coming to Tanzania for many years now. I always love seeing how much progress the country has made to improve health and provide opportunity. Plus, the scenery is stunning. Whenever I travel to places like this, I wish others could come along and meet the people I get to meet. I have no doubt it would leave them as optimistic as I am about progress happening around the world. I’ll be sharing photos from my adventures here on Instagram, and I hope you’ll follow along. 1 day ago

Gates is already on Facebook and he has been on Twitter since June 2009. Gates also has a personal blog where he shares a variety of content, from book recommendations to a 360-degree video of Gates interviewing President Jimmy Carter.

Instagram’s reach is significant. In April 2017, the company announced it had reached 700 million monthly active users, twice the size of Twitter’s 319 million monthly users as of December

Bill Gates is worth an estimated $89.5 billion, according to FORBES' real-time rankings. That does not include the $31.1 billion that he has given to his charitable foundation.

Email her at This email address is being protected from spambots. You need JavaScript enabled to view it. or follow her on Twitter: @AngelAuYeung.