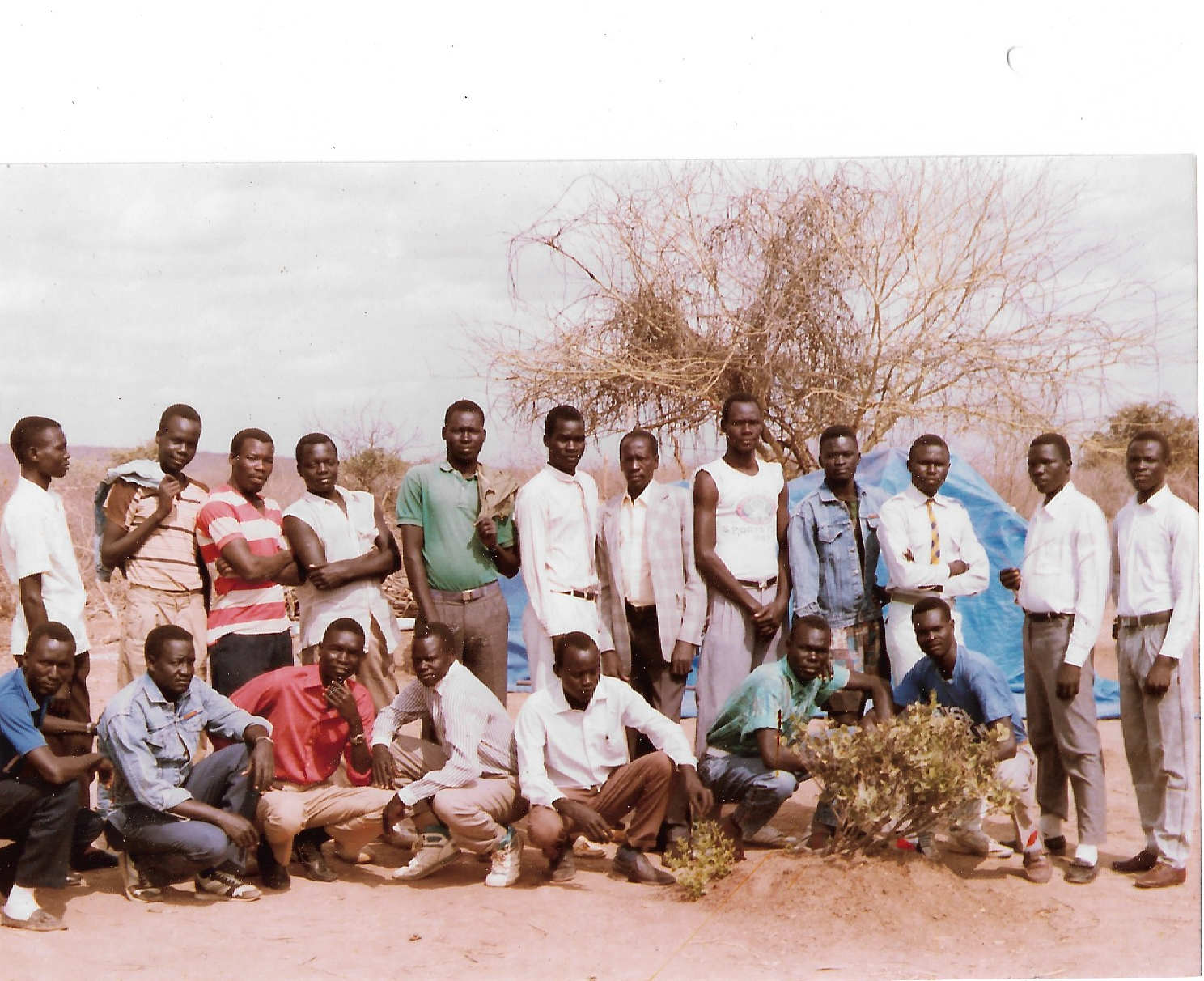 Calgary, Canada, August 15, 2017(GCDC) - Where are they now? The first Gambella Anywaa refugee groups (Walda 18 elites) who flee to Kenya,  in May 1991, shortly after the Derg regime collapsed, was the eye-opener for the entirely Anywaa society for better opportunities in the West.

This group was fully loaded with talent, they were professional athletes, engineers, nurses, teachers, university, college, and technical students from all fields of studies.

Our journey from Gambella to Kenya Walda Refugee Camp was a journey of near-death experience even after arriving in Kenya. The journey consisted of one of the riskiest and hopeless with no door to return.

The first test of our refugee life when we arrived in the Walda refugee camp. There was the United Nations High Commissioner (UNHCR) office in the middle of the camp and we were given places in the surrounding area to build our tents. Ethiopian had three sub-camps namely the students camp (where former university and college students supposed to settle), the military camp (that designed for ex-soldiers to settle), and the civilian camp (where those who had been civil servants of the previous Ethiopian government supposed to settle). South Sudan had two subcamps, (Sudan One where Gambella's Anywaa refugees settle) and (Sudan Two where others Sudanese settle). 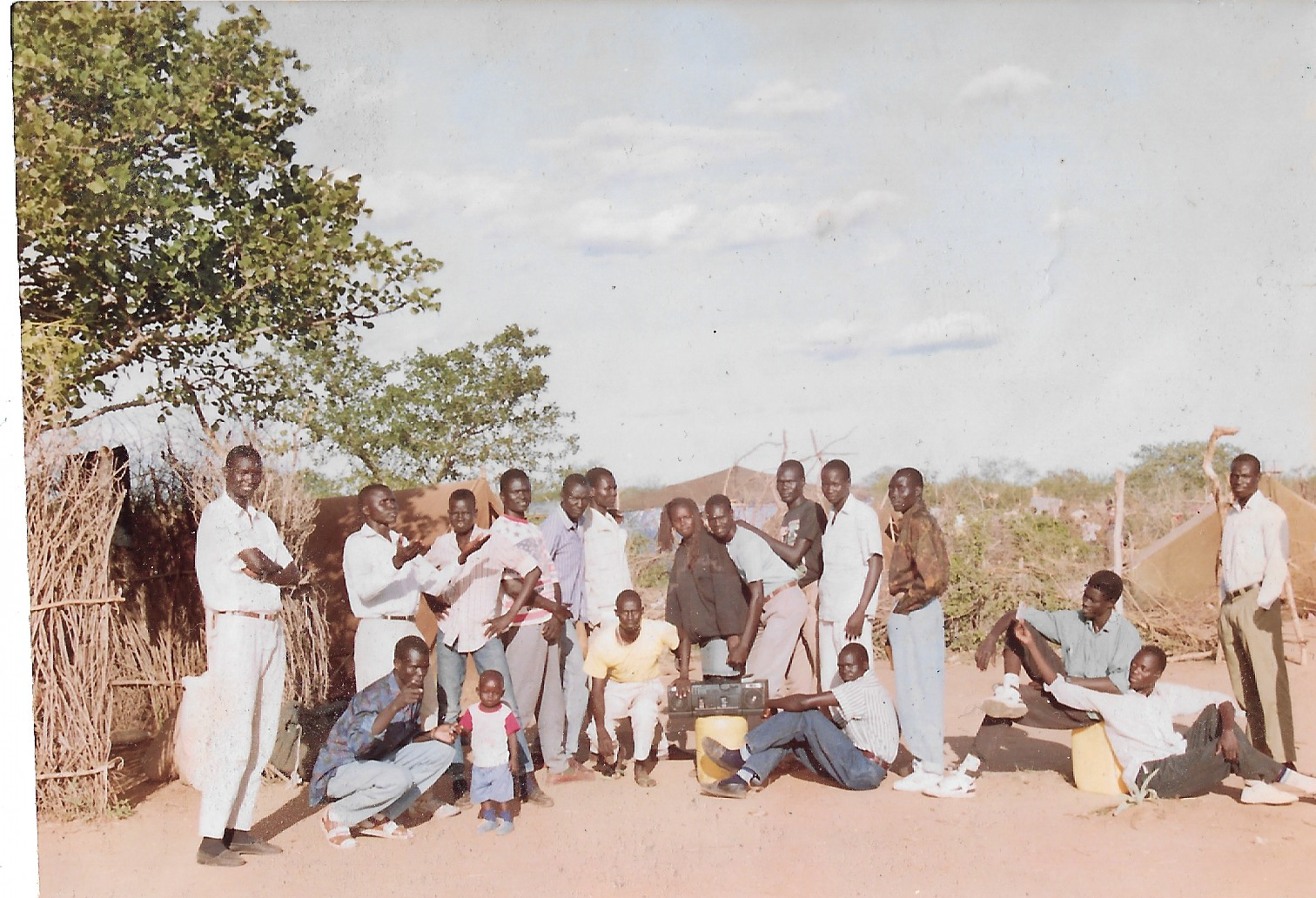 The UNHCR had also other aid implementing agencies such as Care that were in charge of supplying us with food and non-food items, African medical and research foundation (AMREF) that was in charge of health care, and international rescue committee (IRC) that was in charge of sanitation. Refugees from other countries of origin such as Somalia, South Sudan, and Congo were also brought later to this camp.

Some protestant followers in Walda introduced us to that faith-based on Jesus alone salvation and the Bible. Some of us interested in having fellowship with some like-minded people and in reading the Bible. Later, a few of us got our first job in Walda as a construction worker, community health worker, and warehouse store worker at the IRC compound.

One big challenge of life in the Walda refugee camp was malaria disease. Many refugees died of malaria. It was a very severe type of malaria that attacks one’s brain that leads to shivering, vomiting, and lack of appetite. Some of us were sick and were provided with those bitter malaria tablets.

Most of the participants of the training were refugees from Geri ethnic group. We came to realize that Geris has a very similar culture to the Somalis and most of them were hostile towards us (other refugees from Ethiopia). I do not know why they hated us. They used to call us ‘Sidama hamti’. ‘Hamti’ means bad in their language, and Sidama is the name they gave us. We used to go to the forest to collect firewood and to hunt for wild hens until one-day Geri extremists had murdered three Sidamas in jihadist style. The three Sidamas had been tied to three trees in the forest and their heads were cut off. We were shocked by that incident, and could not dare to move to the forest again. The camp was surrounded by forest and at night, it was common to hear the roaring of lions. The host community is called Borena. The Borena in the area is nomads. Borenas were very hospitable and kind people.

As time went by, the search for durable solutions started ringing in the minds of refugees in the Walda refugee camp. Many former students, including us started applying to potential sponsoring organizations such as the Windle Charitable Trust and the Africa Rehabilitation & Education Program (AREP) foundation, in the hope of resuming education in Kenya. The door of scholarship opportunities seemed closed.  Canada, Australia, and the United States of America started the resettlement programs, especially those refugees who had arrived in Kenya before 1991. They were referred to as “the Mersabeth Case”. Through this program, those Ethiopian refugees who had been registered as refugees in Mersabeth before 1991 were offered resettlement opportunities to the United States of America. It was easy for refugees to approach the resettlement officers by then. We once had an opportunity to see that resettlement officer who was dealing with ‘the Mersabeth Case’. This officer (an American) told us after listening to our story that she would return to deal with our case (those who arrived in Kenya in 1991). Later, especially after the Walda refugee camp had moved to Kakuma camp in 1993, which was a three days drive towards the Kenyan- Sudanese border from the Walda refugee camp, the opportunities for a durable solution become more and more difficult, even to see a resettlement officer.

Edited by Gur Omot @ This email address is being protected from spambots. You need JavaScript enabled to view it.