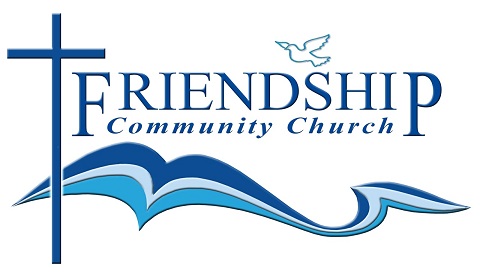 Calgary, November 19, 2016 (GCDC) - Gambella Community based church is weekly Christian fellowship, living and sharing the gospel in ways that for all kinds of people, in all kinds of places.

The role of the modern church in the life of the 21st-century believer is critical because it fills a void only the church can. If a car needs fixing, it is brought to the mechanic shop. If someone is sick, the health center or hospital is the best place to seek medical attention. Church is where people should go if they are in need of a “spiritual fix."

Today, humans have acquired more knowledge than any other time in history. Science and medicine are going places never before imagined. We have bigger jets and cruise liners, faster computers, and helpful drugs for certain diseases are being discovered every day. Daniel envisioned a time when knowledge would increase (See Daniel 12:4). We have much evidence today of our successes in these and many other areas. We have improved on just about every area of life.

In recent years, secular movements, like Communism, feminism, and environmentalism, have received a great deal of attention, while, until most recently, religious matters have received remarkably short shrift in Gambella community society. For those of us who grew up post II world war (Baby Boomer) religious was not significant.  The most revolutionary changes taking place in our society today is religious, rather than political, economy and social. More precisely, referring to the explosive growth of Christianity back home and Diaspora and through online preaching (telephone conference).  It is believes that within a few decades, 95% Gambella society will become Christian.

The New Testament has a lot more to say about the kind of community the church ought to be before the world than it has to say about its mission to the world. However, Jesus made it abundantly plain that the reason he wanted his people to develop true community was "so that the world may believe" (John 17:21). This is his ultimate goal. There is no doubt that it is when the church most clearly lives out the gospel in the relationship of its members, it becomes the most powerful force for attracting non-members. It was said,

“Our hearts are filled with joy, for we are at peace with God and people. We are happy, for we love God and one another. Such a joyful community attracts people, just as a beautiful flower garden attracts butterflies and bees. Such a church grows daily, naturally and without much conscious effort.”

Jesus' purpose for his followers was that they should be "salt for everyone on earth" and "light for the whole world"  His final message to his church was that they were to take the gospel to the ends of the earth and he promised them the resources to do it. It seems apparent from these passages that he must have repeated this challenge to his followers many times over the forty days of his resurrection appearances, although in different words and with different emphases.

Jesus also gave his disciples some indication of how they were to go about it. On the night of his arrest he prayed to his Father: "As you sent me into the world, I have sent them into the world" . Three days later, on the evening of his resurrection from the dead.

Jesus' coming involved a cost. Part of the cost was in leaving the comfort and joys of heaven for the harsh realities of life on earth. However, the greatest cost was in that "he humbled himself and became obedient to death - even death on a cross!" . He was willing to die for our salvation. Now his challenge to us is: "If anyone would come after me, he must deny himself and take up his cross and follow me" . In those days someone took up a cross for only one purpose - to die on it. Not many of us are called to give our physical lives for the sake of the gospel, though there have been more martyrs for Christ in this century than in all previous centuries combined. But we are all called to surrender our lives unreservedly to him as Lord, or, as Paul puts it, "to offer your bodies as living sacrifices, holy and pleasing to God - which is your spiritual worship" . No doubt the greatest cost for many of us is the willingness to let go of our own petty plans, and allow him reveal how we can best serve him and humanity in this short life he has given us.

Christ was sent by the Father to minister to both our physical and spiritual needs. I can never get enthused about arguments as to which should have priority, evangelism or ministering to people's physical and emotional needs. Jesus did both. He healed the sick, the disabled and the demon possessed, as well as preaching about the kingdom of God whenever provided with the opportunity. He "went around teaching from village to village"  and he "went around doing good and healing"  He sent out his disciples to do the same . Even in the midst of incredible suffering on the cross he forgave a thief his sins and showed practical care for his mother. Not only in his actions, but in his teaching he gave this double emphasis. God gives his people differing gifts, and none of us can do everything, but in some way all Christians are called to be witnesses  and all are called to love their neighbours in practical ways. Jesus declared that it would be the fact that we had fed the hungry, welcomed the stranger, clothed the naked, cared for the sick and visited the prisoner, that would prove our identity as true believers on Judgement.

Part of God's purpose for our lives is to turn this around so our love is focused outward. "Christ's love compels us...he died...that those who live should no longer live for themselves but for him who died for them and was raised again" . And what he wants to do for us individually, he wants to do for his church. When we first join a church, often it is because we are looking for something for ourselves. We have taken a step further when our motivation for being involved is that we want to develop a true community that is pleasing to God, using our gifts to serve others. The church has taken a further step towards maturity when its members can plan and pray together to support one another in ministries to those who are not its members. Paul writes to the Thessalonians: "May the Lord make your love increase and overflow for each other and for everyone else..." . It has been said that the reason the early church grew so fast in the first three centuries is that they out-thought, out-loved and out-served their contemporaries. I like the mission statement of one church, which is:

One of our motivations for seeing men and women, boys and girls coming to trust in Jesus is that they should share in the blessings of this great family. "We proclaim to you what we have seen and heard, so that you also may have fellowship with us. And our fellowship is with the Father and with his Son, Jesus Christ". However, our greatest motivation should be our desire for the glory of God. is for your benefit, so that the grace that is reaching more and more people may cause thanksgiving to overflow to the glory of God"

“The love of a family is life’s Greatest Blessing” God Bless Gambella land and Its People!

Edited by Gur Omot, For information contact us at This email address is being protected from spambots. You need JavaScript enabled to view it.