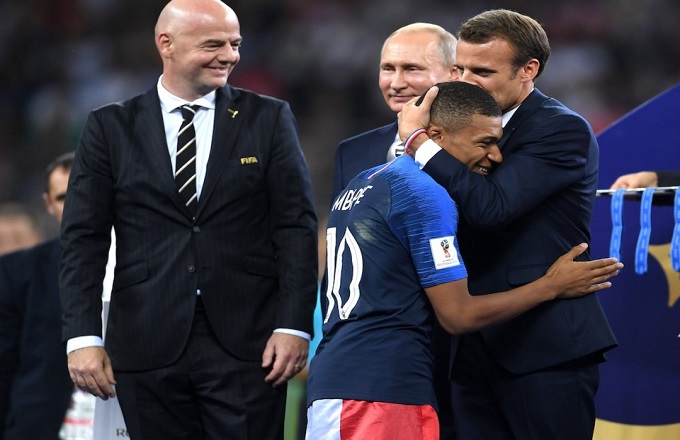 It was one of four goals the young star scored in the 2018 World Cup for France. Kylian Mbappé helped France clinch its second-ever World Cup title on Sunday, scoring the fourth goal for France in its 4-2 win over Croatia. also led Les Bleus to their early victory over Peru, 1-0, and scored twice against Argentina in the quarterfinals.

Some are just getting to know the teenager, but the truth is 19-year-old Mbappé has already had quite an impressive career, starting when he was a babe.

Growing up in the northern Parisian suburb of Bondy, Mbappé practically lived at the local soccer club, where soccer pros asserted he was a star from day one.

"He was here as a baby when his father was a player and a coach," AS Bondy President Atmane Airouche . "He was always here and learning about football, even as a toddler."

Mbappé's dad Wilfried, originally from Cameroon, is a soccer coach who started working with Mbappé when he was just a tot. His mother, Algerian-born Fayza Lamari, was also an impressive athlete, playing Division 1 handball in Bondy in the late 1990s and early 2000s.

Mbappé's own generation is no exception to the sporty family tradition. His adopted older brother, Jirès Kembo, plays professionally for Turkey, and his little brother Ethan, seven years younger than Kylian, is a member of Paris Saint-Germain's under-12 team. 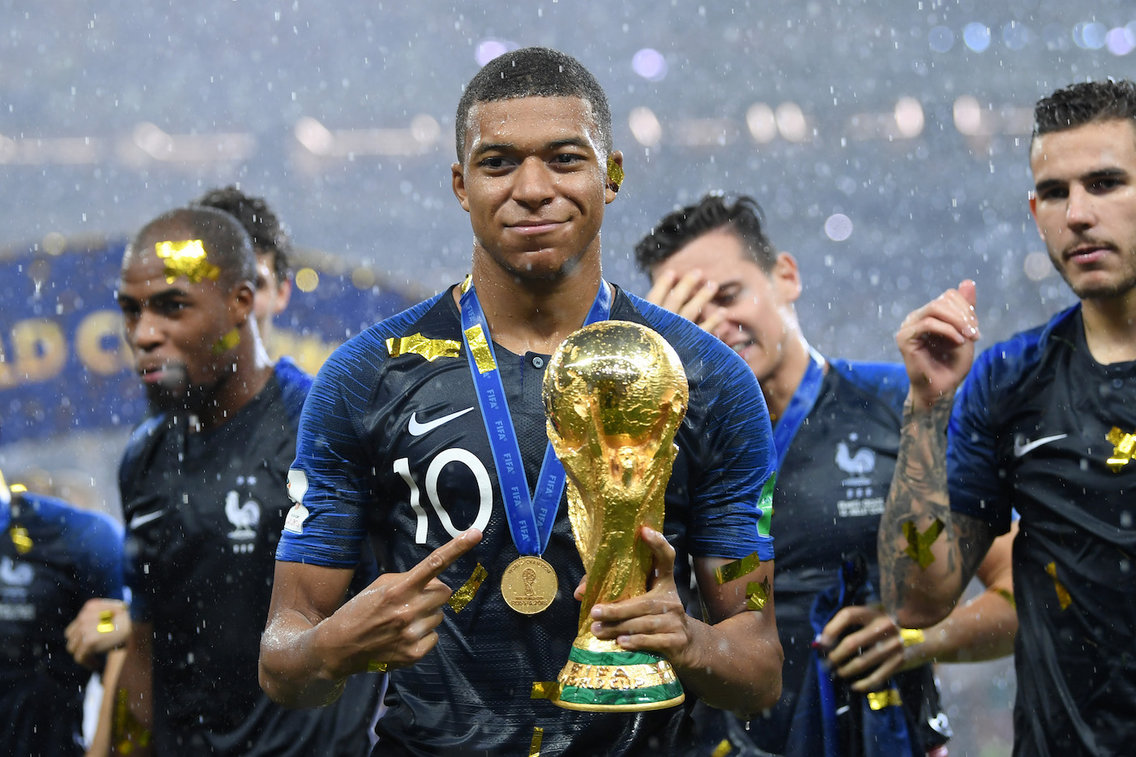 Former coach Antonio Riccardi said Mbappé was already leaps and bounds above the other kids when he started working with him at age six: "Kylian could do much more than the other children," Riccardi told the BBC. "His dribbling was already fantastic and he was much faster than the others."

By age 12, Mbappé was training at France's premiere Clairefontaine football center. At 14, he was playing with Monaco's professional club, even before completing his high school diploma at age 17.

From Monaco, Mbappé moved to the Paris Saint-Germain club this summer, becoming the most expensive teenager the soccer world has ever seen. It cost the team a whopping 180 million euros (more than $210 million USD), bonuses not included, to seal the deal with Mbappé, according to ESPN.

Mbappé made history on Sunday, becoming just one of two teenage players ever to score in a World Cup final. The other, Brazilian legend Pelé, played in the 1958 final at age 17. He took Sunday's news in stride, writing on Twitter that "If Kylian keeps equalling my records like this, I may have to dust my boots off again..."

The young star is part of a new crop of players on the French national team this year. And he is not the only one of them who hails from the Parisian suburbs. The gritty, concrete blocks of the northern "banlieue" made headlines as scenes of angry riots in 2005, and the large minority, working-class neighborhoods are still known as pockets around the city where unemployment and violence can remain high. Residents argue that life in the suburbs is still not equal.

But at least eight of the 23 players on the French World Cup team was born and raised in the banlieue, according to a recent count by The New York Times.

Around Paris, kids proudly wear Mbappé jerseys, and odes to him are emblazoned in ads on the Stade de France:

After he won on Sunday, Mbappé said this is only the beginning. "I want to do even better things," he told reporters, in French. "But being world champion is a good start."