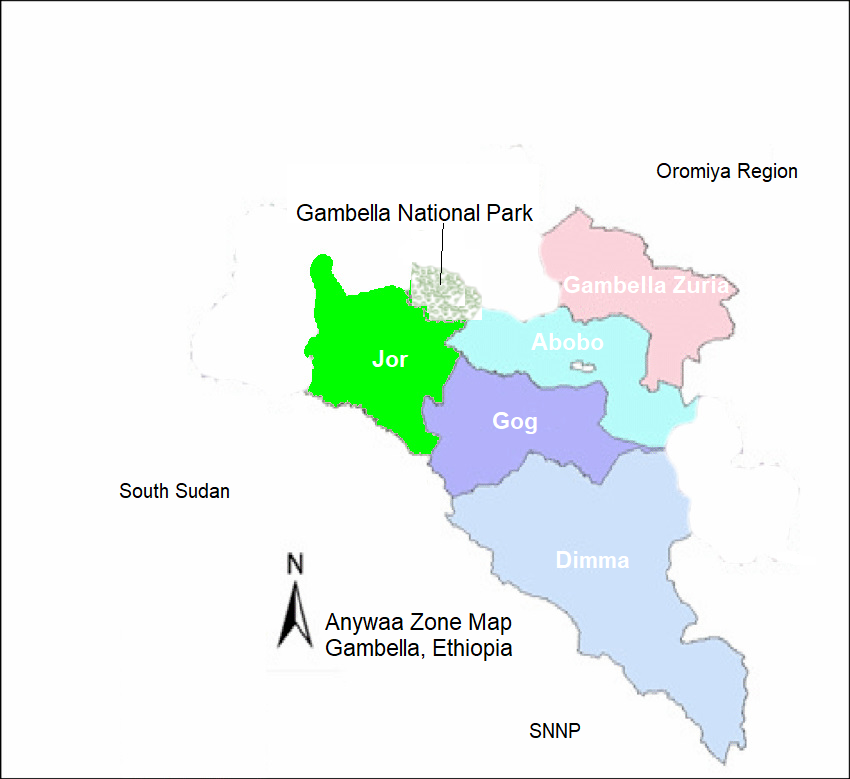 Anywaa is one of the three zones of the Ethiopian Region of Gambella. This zone is bordered on the southwest by South Sudan, on southeast by the Southern Nations, Nationalities, and Peoples Region, on the east by Majang Zone, on the northeast by the Oromia Region, and on the northwest by South Sudan and Nuer Zone. Towns in this zone include Gambella, Abobo and Pinyudo.

The terrain is mostly flat; rivers include the  Openo (Baro), which is the only navigable river in Ethiopia, the Alwero and the Gilo; major bodies of water include Lakes Alwero and Tatta. A notable landmark is the Gambella National Park, which covers a large part of the Zone south of the Openo(Baro).

The economy of Anywaa zone is predominantly agricultural known as Gambella’s Heartland because of the prominent part its farms and manufacturing play in the Gambella economy. It is the commercial and agriculture capital of Gambella state.

Anywaa zone is believed to have major gold resources. The Water and Mines Resources Development Bureau of Gambella it was initiating a program that would drill newer manually operated wells, newer deep-water wells, and develop more springs. This would provide access to drinking water for 10,000 inhabitants, increasing coverage for the district (woreda) and Kebeles.

This list of the woredas, or districts in Anywaa Zone divided in to 6 woredas