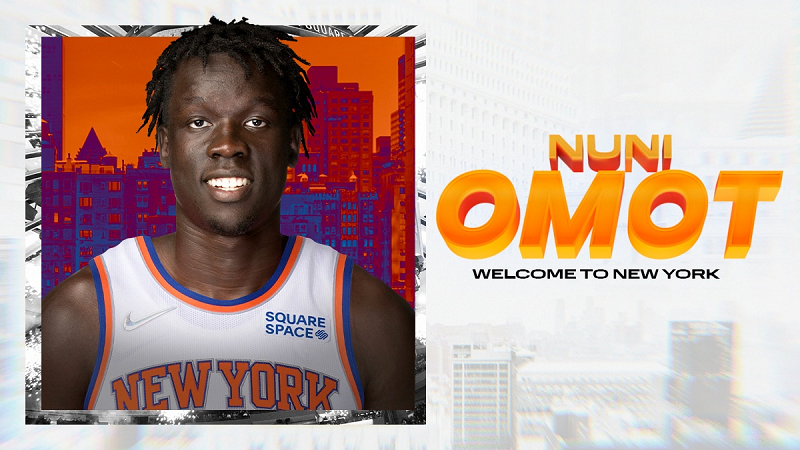 New York, September 23, 2022 (GSN) – Congratulations to fantastic Nuni Omot, his family, and the whole Anywaa society worldwide for the historic magnificent milestone achievement to become the first Anywaa young man to play in NBA professional basketball. Surreal “It takes a village to raise a child”.

Nuni Omot was born on October 3, 1994, in a refugee camp in Nairobi, Kenya to mother Abang Pual (Pillow), father Kwot Omot, and brother Aba from Gambella, Ethiopia. Nuni immigrated to the USA in 1996 with his mother and elder sibling for a better life, on September 23, 2022, his American Dream came true by signing a contract with The New York Knicks. The terms of the deal were not disclosed.

Omot, 6-9, 200-pounds, played for Leones de Ponce (Puerto Rico) last season, averaging 15.0 points, 4.1 rebounds, and 2.3 assists over 20.1 minutes in 27 games. He is also representing the South Sudan in the Basketball World Cup African Qualifiers, averaging 14.0 points, seventh best in the qualifiers, to go along with 4.4 rebounds and 2.1 assists over 26.6 minutes in nine games. The South Sudan sit second in the FIBA rankings among the remaining African teams leaving them one win away from securing a place in the 2023 FIBA Basketball World Cup.