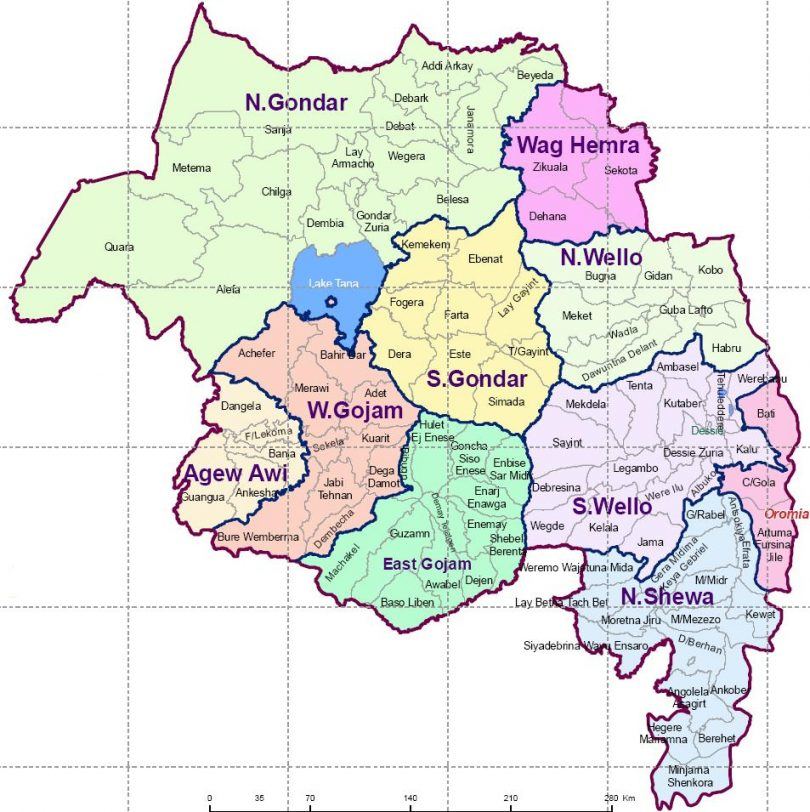 June 22, 2019 (GCDC) - Ethiopia said there was a failed coup attempt against the head of one of the country’s nine regional states on Saturday, underscoring the challenges facing the new prime minister as he tries to spearhead political reforms amid widespread unrest.

“There was an organized coup attempt in Bahir Dar but it failed,” Negussu Tilahun, spokesman for Prime Minister Abiy Ahmed, told state TV on Saturday, referring to the regional capital of Amhara state.

He said efforts were underway to apprehend the coup plotters, who he said attempted to oust Ambachew Mekonnen, the regional government head in Amhara, north of the capital Addis Ababa.

It was unclear who might be behind the unrest, and no group had publicly claimed responsibility. Three residents of Bahir Dar, who asked not to be named because they feared for their safety, said they heard gunfire.

One said it erupted in the town at around 6:30 p.m. (1530 GMT) and continued for some time. “There is gunfire ... roads to the area where we are hearing the gunfire is closed,” the resident told Reuters by phone.

A lecturer at the university told Reuters at around 10:00 p.m. that the gunfire had lasted at least four hours so far. “I first thought it was just a normal kind of incident and then we began to hear heavy gunfire,” he said.

The third resident, a woman, said she could hear gunfire from her house and that transport in the city had stopped.

The development underscored continuing instability in parts of the Horn of an African country. The reformist Abiy took power last year after three years of sporadic, deadly protests forced his predecessor to resign.

Abiy released political prisoners, unbanned political parties and prosecuted officials accused of gross human rights abuses. But ethnic violence - long held in check by the state’s iron grip - has flared up in many areas, including Amhara.

The United Nations says the violence has displaced at least 2.4 million people.

Ethiopia, a nation of 100 million people, is due to hold a national parliamentary election next year. Several opposition groups have called for the polls to be held on time despite the unrest and displacement. (Reuters)